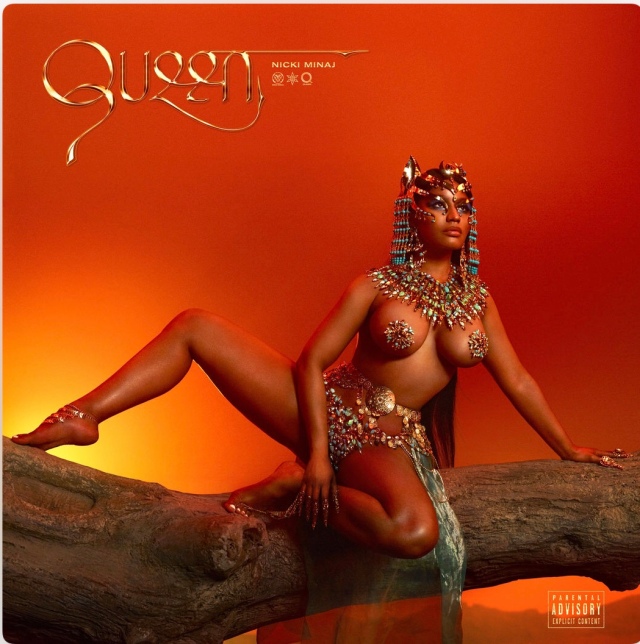 Nicki Minaj returns to the music scene four years after her last album with the August 10 release of Queen. Frankly, this album was better than I expected. Nicki had gone on a media run that made her out to be a whiny brat who was pointing fingers at everyone but herself as to why she’d been somewhat forgotten. I was for sure that she wouldn’t deliver a decent album, especially since the release of her singles “Rich Sex” feat. Lil Wayne, “Chun-Li” and “Bed” received mixed reviews.

Now, I could be nitpicking, but, there’s no solid theme for this Nicki album. On the cover for Queen, Nicki looks like an African princess. Songs, like Chun-Li, in which she performed at many award shows had a Chinese vibe.

The album itself can be played from front to back. I don’t agree with the placement of the first song “Ganja Burns” because it just doesn’t feel like a track that would introduce an album. But everything else flows well. She has songs that will make you dance, songs you want to just sing along to and of course a couple tracks you can play if you’re going through relationship issues.

Her song “Barbie Dreams”, where she raps over a Biggie sample, was pumped up as a diss track, but it was definitely overhyped. I was entertained. I chuckled. But it was the furtherest thing from a diss track. My favs are “Run & Hide” and “Good Form”. And if you couldn’t get enough of the original release, on Tuesday (Aug. 14), Nicki added the track featuring Tekashi69 called “FEFE”. I’ve only heard it a few times but I think it’s safe to say it was an unnecessary addition.

Nicki Minaj and Future will be doing their NICKIHNDRXX tour starting late September. Stream her album to kick off the show at home or wherever you like to listen to music.