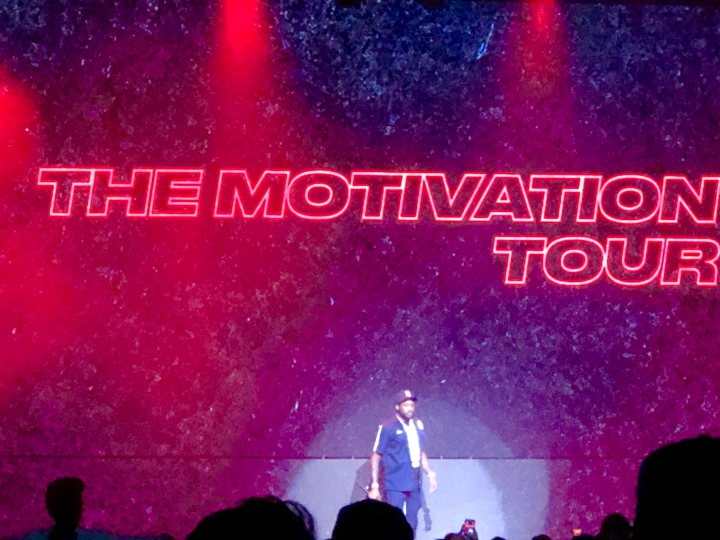 On March 9th Meek Mill visited the “D” to perform for The Motivation Tour with his guest Kash Doll and surprise appearances from Yo Gotti, Payroll Giovanni and Icewear Vezzo.

Through and through Meek kept the crowd going with songs from his first album down to his most current album Championships. 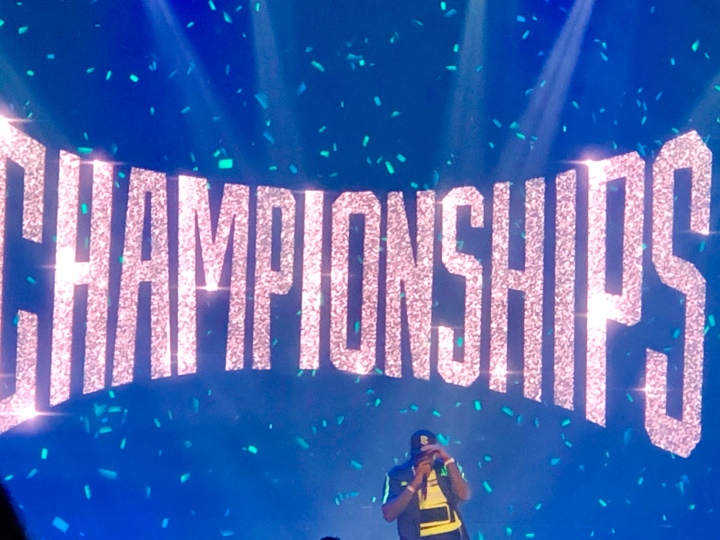 While I am not the biggest Meek fan I certainly enjoyed his set. He had great energy and he represented for his city. The only negative things that I will say is that his management team sold him short. The venue, The Fox, Detroit, was small and packed to capacity. It definitely felt as though he could have sold out a bigger venue. Also, he ended the show in a slightly abrupt manner. He had his dj play a few Detroit songs and it ended with ‘Burn’ a song featuring Detroit artist Big Sean but the part played and the way it was cut left the audience a tad confused. All in all, outside of the couple things mentioned the night was awesome and I would attend another Meek Mill show.

(A little footage from the concert)

On March 1st 2 Chainz released his fifth studio album Rap or Go to the League. The album was executively produced by Lebron James and it is by far one of 2 Chainz’s best albums.

The album is 14 songs and opens up with a soulful track featuring Marsha Ambrosius, which ultimately sets the tone for the entire album. While we still get tracks we are used to from Chainz  this project is telling of the growth the Atlanta rapper has had over the years. The cadence is there, the selection of beats we love to hear from him are there but there is also a refined touch presented. This project shows that he had a story to tell and it was laid out over the course of the album. Rap or Go to the League was embedded more with Tauheed than 2 Chainz. We hear the pain when he speaks of parents having to bury their children that had been caught up in the street life, we hear the maturity as he makes mention of his wife and children, and of course we get the story behind the title of the album. While many has implied that 2 Chainz is favoring and only presenting two paths in life, it seems to be missed that one, this is from the experiences of 2 Chainz himself but also often in life those are the only options some young folks feel that they have.

This project is one that will be on repeat well into the year. If you’ve been under a rock and haven’t heard it stream it on whatever service you use and enjoy.

On February 22, Kehlani released her 9 track mixtape While We Wait. Each track is like a page from a diary. The lyrics are vulnerable and relatable. While there has been incidents that have shadowed the artist’s career, one thing seems to be clear, she is very talented. 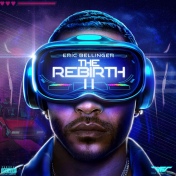 In case you were under a rock and missed it here’s a recap of some things that happened in January:

2019 has started with mostly rap releases and The Movement is one. On January 20th, Freestyle Fanatic, a new artist on the rise, released his debut album The Movement. From start to finish you’re met with smooth beats and relatable lyrics. This is not your everyday album and if you’re looking for mumble rap you won’t find it here. Overall, it seems that this artist is on the path to what will be a successful music career.

This album is available on all streaming platforms and a physical copy can be purchased from the artist. 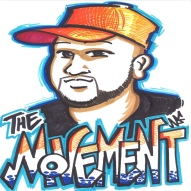 Raheem DeVaughn returns with his 2018 album Decade of a Love King. The project consists of 13 tracks that would make anyone believe in love and passion, even the most jaded of hearts would fall in love with this album. 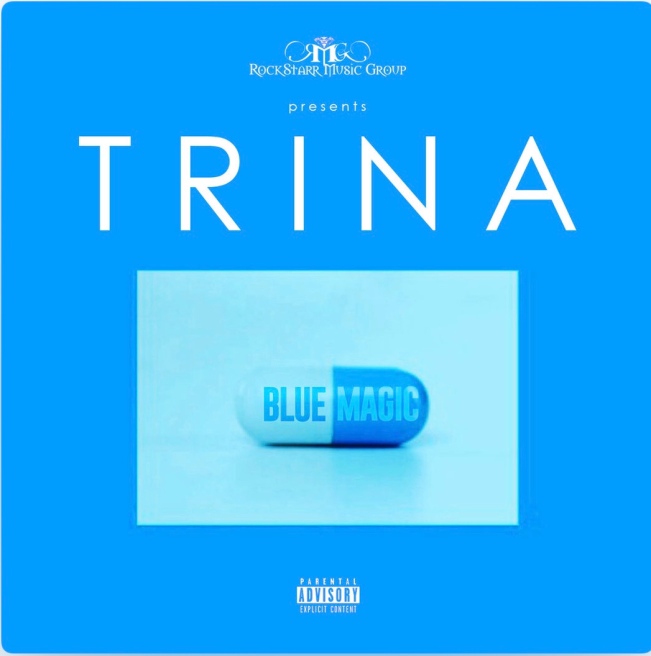 Trina dropped her project Blue Magic on October 19th. Before then it had been a while since we had heard anything from the 43-year-old Miami rapper but to say the least this latest project did not disappoint. There are 7 tracks, five of which has features. Although the ep is enjoyable from start to finish “Change the Vibe” is my least favorite track. Blue Magic definitely left me wondering if there will be a LP to follow. If you haven’t heard it I would suggest adding it to your rotation. 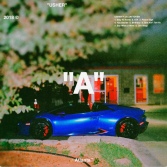 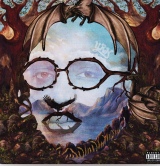 As we get further into this fall season we are met with some new music releases.

The self titled album by Ella Mai is a story within a story. The album itself is set up in an acrostic format. And from there the singer seamlessly gives us music that falls under each “category”. I definitely enjoyed this album from start to finish and it has been in heavy rotation since its release.

I was relieved to hear that the tracks were relatable and not too sing – songy. Additionally, I was equally elated that the three features (Chris Brown, John Legend and H.E.R) that she had complemented the project and didn’t take away from people enjoying her and what she was trying to accomplish with this album.

Mario’s Dancing Shadows album was released without much promotion. In its totality it was an OK listen but I haven’t been running back to hear it again. There are a few songs that stuck with me such as the opening song “Drowning” and the following track “Too Many Options” but there are others that weren’t all that great. I think this is a hit or miss and it will definitely depend on the listener.

Everything Must Go, Vol 2. This is a cool release to listen to while you are cleaning. Out of the 7 songs on this project I enjoyed 5 of them. I’m a T-Pain fan and although I liked the majority of the songs on the album this isn’t exactly what I would like to hear from T-Pain at this point in his career and I’m hoping that there is a full length project to follow this.

Pleasure P, or as you may find him on the internet, Marcus Cooper, recently released his second solo album called She Likes. I really liked this project with the exception of the first song, “Reaching”. I think I may have been put off from the first track because I wasn’t aware that Pleasure P was really on anyone’s radar for him to be snapping off like that. Outside of the opening song though, I liked what I heard.

And Pleasure P is a known songwriter, it definitely sounds as if a lot of the songs were a collaborative effort with some of our favorite trendy songwriters / singers and if he didn’t work with anyone there was some strong inspiration!

Overall, I think it’s worth the listen. 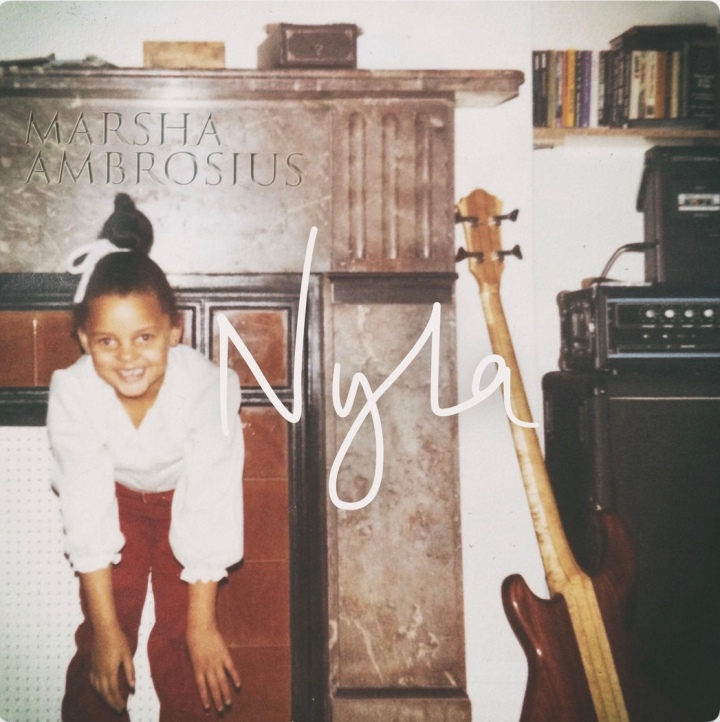 It’s been four years since we last heard from Marsha Ambrosius and since then she has had some life changing experiences. Her album Nyla is one that you have to listen to more than once to really feel. You can tell that there is a story that she is trying to tell but this album is not one of my favorites from her.

Check out the review on Hip Hop releases that are getting a lot of buzz.

WALE. Again Wale has released an EP. This year there has been three EPs from the D.C. rapper. His latest is entitled Free Lunch. The track list consists of five songs and I must say that I was not disappointed with the 20 minutes I spent listening. Free Lunch is reminiscent of his earlier projects such as Attention Deficit and More About Nothing.

EMINEM. The 45-year-old rapper dropped his Kamikaze album on August 31 and it was a full display of Em’s lyrical skills. Beyond his clear ability to still put it down in the booth it was not lost on anyone that the ‘rap God’ was rapping from a hurt place. With his last album not being the best in his discography, he rhymes about the lackluster reaction from fans and amongst all else he took shots at many of the new school rappers and some veterans. Em’s approach caused a stir for a lot of people who saw this as a bitter old man trying to prove a point that doesn’t need to be proven. The album though is still worth the listen.

LIL WAYNE. After five years the long awaited Wayne album was finally released. Tha Carter V came a day after the Louisiana native’s birthday (September 28). Personally I held my breath with this one. No one really knew what to expect from the album that had been held up due to a lengthy legal battle Wayne faced with the label head of Cash Money records and his father figure / mentor, Birdman. This was a good album. If you’ve been listening to Wayne for as long as I have (since the late 90s) you’d hear that this is Wayne in his most vulnerable and authentic state. I enjoyed this album from start to finish.

T.I. On October 5th T.I released his tenth studio album Dime Trap.  Despite what most may take away from the title, T.I. used this album as a way to express what trap music means to him and how it has been used as a method to reach people in the black community. The album as a whole is a good project. There are a few songs I personally did not like but everything is not for everybody. I was not disappointed with this release. After ten albums T.I. is still able to give the people good music.

the blog about nothing
Proudly powered by WordPress | Theme: Hammer by AudioTheme.
Loading Comments...