There’s plenty of new music being released but lets take a look back at some that may have been overlooked.

Eric Bellinger is in my top 10 of favorite song writers. His release of Eazy Call had the single of “Goat 2.0” featuring Wale. The project in its totality is a good listen. It was released on April 6, 2018. The first song “Legs” is not a favorite of mine but I enjoyed everything else. The songs “Role Play”, “Silent Treatment” and “Ain’t Ya Ex” are for sure jams. If you haven’t heard this album I’d say give it a try.

Ro James released the EP Smoke on March 23, 2018. (I’m sure someone would disagree here but…) I can’t exactly say I was disappointed because over time I realized the R&B, Soul artist is mostly good for releasing one or two dope tracks as opposed to coming through with a solid album / project. There was not anything on Smoke that sparked my interest like “Devil’s Kiss” from his Coke EP (2017) or “Permission”, “A.D.I.D.A.S” and the title song “Eldorado” from his Eldorado album (2016). Smoke may be hit or miss depending on who’s listening. It was a miss for me.

At times, as someone who probably watches one too many interviews, it is hard to separate my feelings from the interview and the body of work that an artist may release. But here goes! Wale dropped his EP It’s Complicated on March 13, 2018. For a while it seemed the D.C. rapper was moving backwards with albums coming and going without a peep from his label or his fans. This EP is not his greatest work but it’s certainly redeeming him. Although, the opening song dragged (for me, anyway!) the remaining three tracks were smooth. It’s 13 minutes in duration and overall I think it’s worth the listen. This EP may be better enjoyed if you hit shuffle. Seriously.

We’ve had several releases this summer. The last few weeks we’ve had albums come from Wiz Khalifa, Meek Mill and Future. So here’s what you have to look forward to: 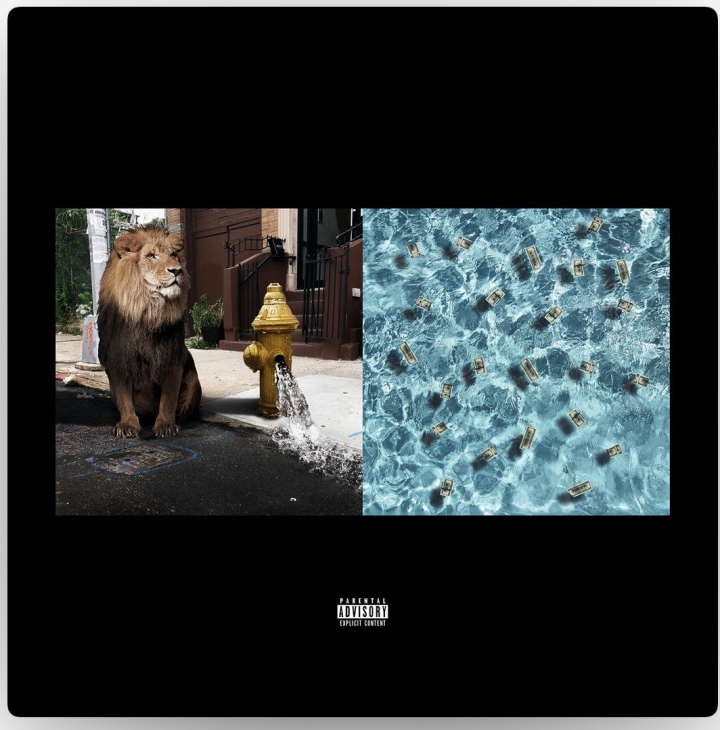 I am the furthest thing from a Meek Mill fan but I was pleasantly surprised by the release of his first project after his stint in jail. His EP, Legends of the Summer consist of 4 tracks. Collectively the project is less than 15 minutes but I strongly suggest giving it a listen. (Excuse my corniness but…) This EP is like a box of chocolates. Meek gives you a little sample of everything. There’s the typical Meek anthem where he reps his city which is backed with a feature from Swiss Beatz. There’s a smooth track that one may say is for the ladies followed by a potential club joint. The project wraps up with a song that speaks to current social issues and his own fight with the judicial system. This EP is definitely worth a listen.

On July 6, Future dropped a “surprise” mixtape. The project Beastmode 2 was produced by Zaytoven and just by this collab you’d think that there would be a few hype tracks that we are use to from Future. However, the album is anything but hype. I was actually left a bit depressed. It seemed as if a lot of the songs were reflective of a lifestyle he does not want to be apart of anymore. Some of the tracks could have been good but they were overshadowed by lazy lyrics, even for Future. The 9 track mixtape, to say the least was boring and very solemn. Somebody should definitely check on Future, he may need a hug! I would say unless you’re just curious, don’t bother wasting 32 minutes of your life by listening to this album.

I hate to be the bearer of bad news on this one because everyone loves Wiz but this album isn’t even worth giving the bad review that I have! *Shakes head in total disappointment*

I’ll give my two cents though if you’ve made it this far.

Rolling Papers 2. It’s 25 tracks. An hour and 30 minutes. In it’s totality the album was awkward. It’s like Wiz stumbled through each track with forced recycled vibes and lyrics from previous albums. Don’t get me wrong. Yes, we all know that Wiz is an advocate for weed smoking and a good time but this was a failed attempt at something that we’ve known him to be good for. There are a few decent tracks, obviously the song that had been released as a single “Something New” feat. Ty Dolla $ign, “Hopeless Romantic” feat. Swae Lee and maybe one or two others. But even on my third listen I just couldn’t help but cringe. The set up of the album is weird and it doesn’t flow well. Someone suggested that you break it down and listen to it, almost as if it was 2 or 3 albums in one, but for me that didn’t help. You may be enticed to hear something new from Wiz Khalifa but I’d say proceed with caution!

Teyana Taylor’s second studio album was released June 22 and it was one of the quietest to come from the G.O.O.D Music label this year. There was plenty of buzz for Pusha T, Kid Cudi, Nas and even Kayne West despite his recent antics in the media. But when it came to Teyana’s album the buzz was zapped from all social media.

K.T.S.E or Keep the Same Energy, in my opinion is actually one of the better releases from the G.O.O.D Music crew. Production was good. Vocals were dope. There was a good flow and nice transitions. Collectively, the 8 tracks felt personal, relatable and sensual. It gave a sense of what Taylor’s abilities are as an artist. The album has good car play which for me is very important!

This review comes several weeks later because Taylor hinted that there was to be more added to the album. She felt that it was incomplete and so she eluded to the idea of other songs being added. So I waited. Well, word is, due to Ye’s extra-ness and use of samples there were several songs that could not be cleared. I think it’s safe to say that there won’t be more to add to the K.T.S.E album.

With the risk of sounding corny, although I’m not alone in feeling as though the album was good (it charted at No. 2 as Top R&B album) it really seems that most music listeners are indeed keeping the same energy. Four years ago, even with a semi successful single, “Maybe”, Taylor’s album VII barely received any recognition.

Taylor is trying to stay on top of things this time tweeting that she and Ty Dolla $ign will be releasing a collaborative album together. It seems that people are sleeping on her but maybe if she keeps pushing more music she’ll get more reception from music listeners. Guess we’ll have to wait and see!

I’d recommend checking out the album for yourself! K.T.S.E is available on most streaming platforms.